The return of the legend NEW ZEALAND ENDEAVOUR: from the Olympus of Sailing to the inclusive Cup signed Bull Days

A new creature emerges from the seas: Bull Days Inclusive Sailing Cup. A historical event that will bring back to navigation the legendary New Zealand Endeavour, undisputed icon of sailing. A multi-decorated absolute myth and ’94 world champion. An epic circumnavigation of the Italian Peninsula aboard the ketch class ’92, from Trieste to Monaco, from May 15th to June 24th.

A heroic tour of the Bel Paese capable of putting everyone on the same route. An unprecedented adventure that will transform the Mediterranean Sea into an international stage and the marinas into Ports-Events, epicenter of exclusive experiences & roadshows in the territory.

An appointment with history that will be broadcast on MONDOVISION. At the helm the values of social inclusiveness, bringing on board the team of Paralympic athletes of FAI Sport. 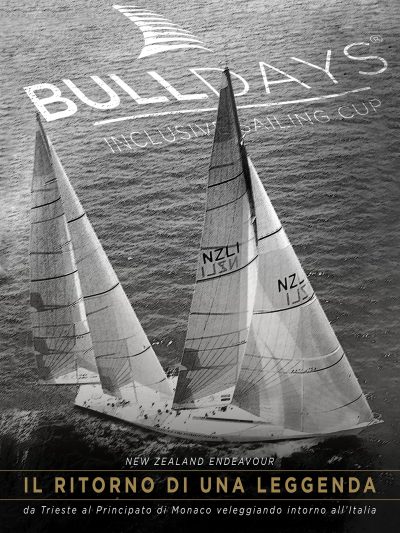 The Cup is an epic journey, a unique experience with a double soul: by sea and on land.

The navigation plan along the coast of Italy includes technical stops and 7 event-stops in: Trieste, Porto Cesareo, Palermo, Naples, Marina di Pisa, Genoa and Monaco. These will be the Porti Bull Days, the epicenter on dry land of supercar shows, social & inclusive meetings, top-exclusive experiences, performances and much more.

The on-the-road landmarks where local Lamborghini owners, businessmen and influential figures will converge will be the 7 BULL DAYS PORTS. True Bull Days editions parallel to the sailing of NZ Endeavour. A widespread Bull Days able to give centrality to each city and territory covered. An itinerary that for the first time will follow the sea route and not the road route. From km/h to knots, the step is short. Only the unit of measurement changes, the heartbeat is the same. 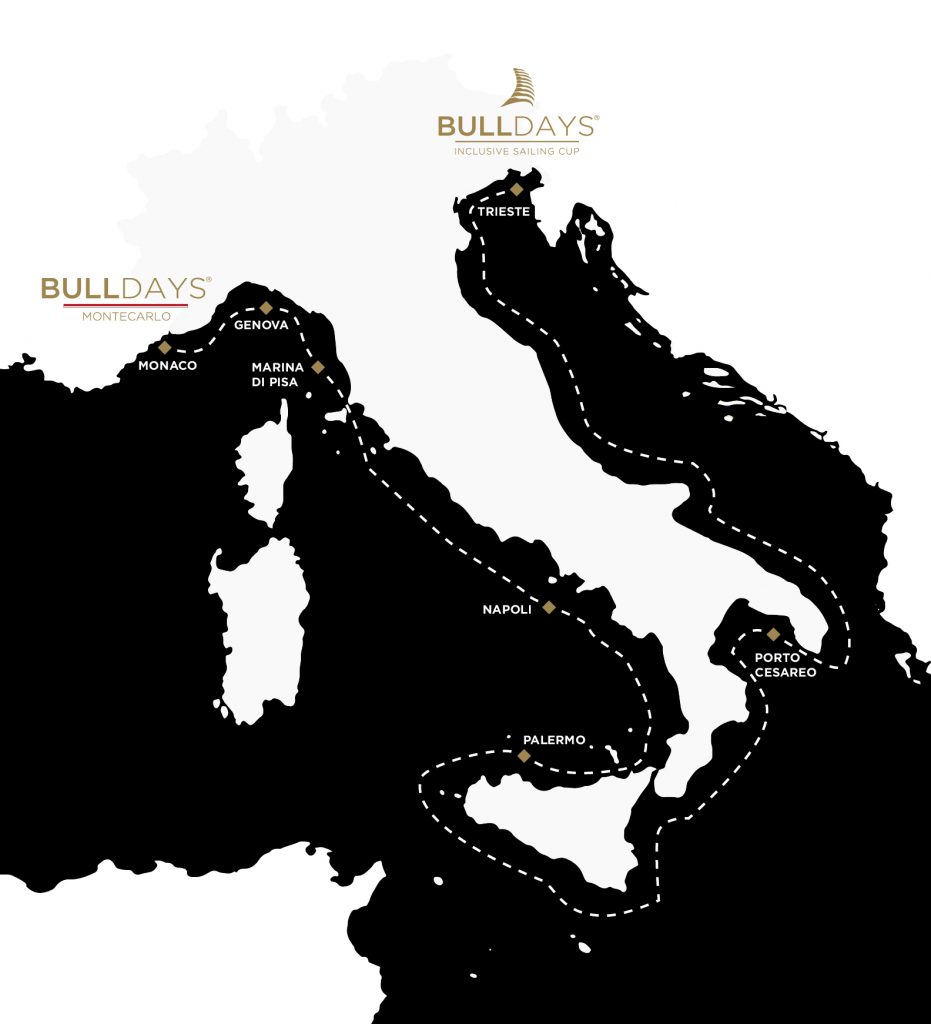 An unprecedented adventure that is already collecting partners and patronage of institutions, cities and regions such as:

LIVE SAILING IN THE WORLD

A second inauguration in connection with the Marten Marine NZ Shipyard in Auckland.

New Zealand Endeavour was officially launched in a grandiose event in Wellington Harbor in November 1992. A true historic event staged in front of over 30,000 people on the docks, as well as in prime time on the main TV network.

History is ready to repeat itself with the Bull Days Inclusive Sailing Cup. 24 hours a day, from Trieste to Monaco: an epic journey of more than a month entirely broadcasted in streaming. Webcams installed and a selected crew will film every moment of the Cup, amplifying the media and emotional impact.

The historic New Zealand sailing team, sailing and motorsport enthusiasts, businessmen and simply curious people from all over the world will be together for the first time in front of an absolutely original Reality. The iconic ketch Endeavour is actually transformed into a global stage in the middle of the Mediterranean Sea.

SCROLL DOWN AND CONTINUE READING THE ARTICLE >

An adventure with a pure spirit, born from the foam of the waves like Venus. Anchored in the very mystery of the relationship between the human being and the sea. A fatal attraction that finds its origin in the deep unconscious, in the most recondite archetypes and in the most ancient myths. A Hymn to the Sea which is a song to Life. A Bull Days never seen before, literally on the waves, on the surface of the water.

The character of the typical Lamborghini Car Owner merges with that of the sailor. Two free spirits united by a feeling for exploration, an innate human passion for discovery. The irresistible fear of the unknown, which has always been an attraction for the soul of men, finds here its home, offshore between the breeze and the waves.

A unique and perfect experience for speed lovers.

Aiming, through the inclusion of disability in sport, to make its contribution to the achievement of the objectives of the ONU Agenda 2030 (Sustainable Development Goals), enhancing the importance of listening and welcoming people with disabilities and their families, reducing the risk of fragility and marginalization.

An appointment with history that is also a meeting, aggregation, integration, sustainability and commitment to raising awareness of social values. In a non-competitive environment, driven by the inner fire of inclusiveness, in which to feel truly part of a crew simply heroic. 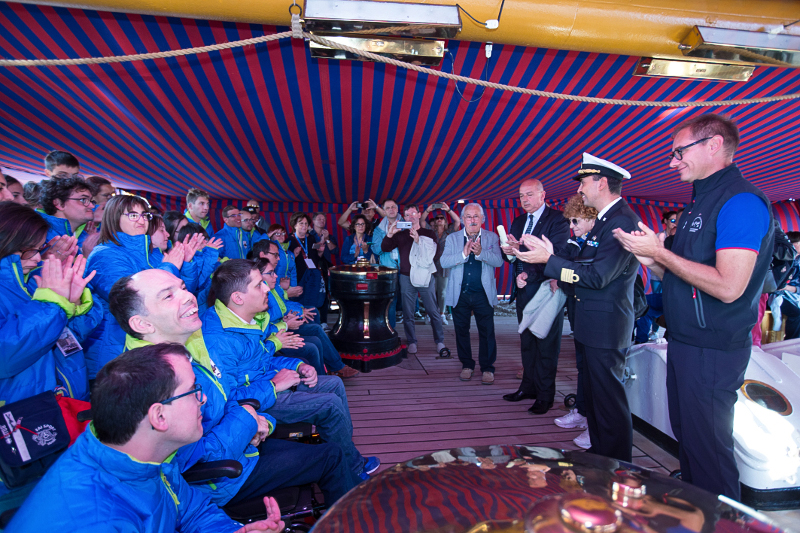 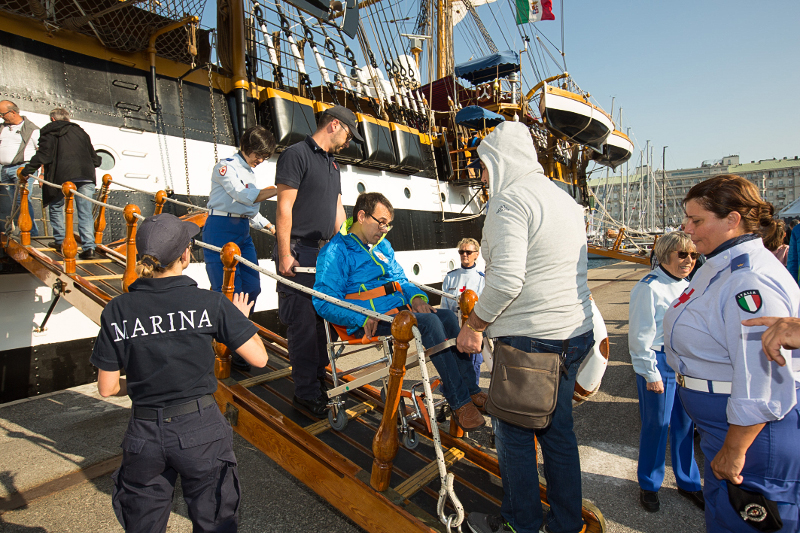 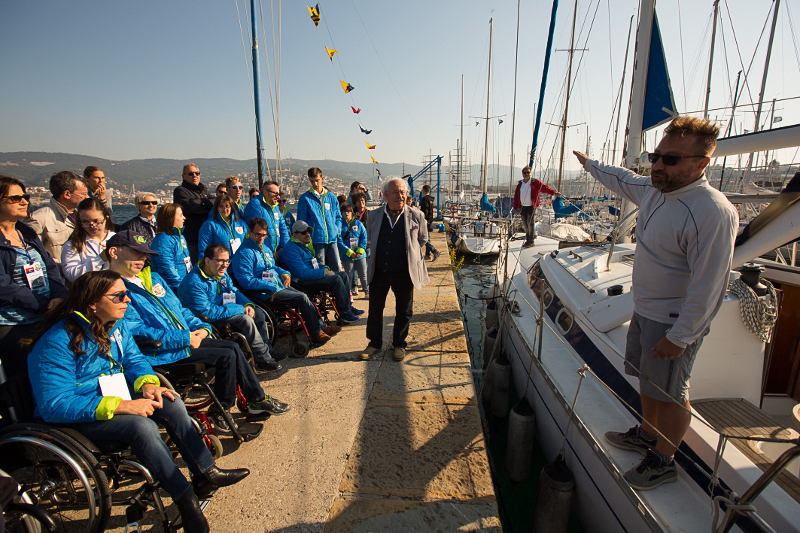 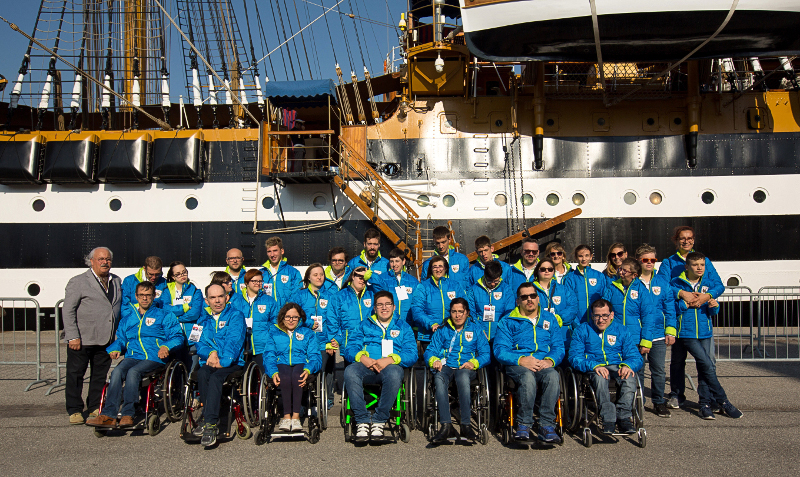 Abandon no one at sea is among the most meaningful commandments of those who live among the waves. The Bull Days Cup aligns with this course to give inclusiveness the right spirit. Our telescope is indeed pointed away from any empty commiseration. Diversity is an invention, in reality we are all equal and unique at the same time. Disabled children and Paralympic athletes are the example of the best possible approach to life: love, sincerity, tenacity, passion.

Today Bull Days has elevated itself to an absolute pop and media phenomenon, an authentic paradigm and player for innovative experiences beyond all limits. Bull Days Inclusive Sailing Cup is the perfect example of this ongoing transformation.

READY TO GET ON BOARD? 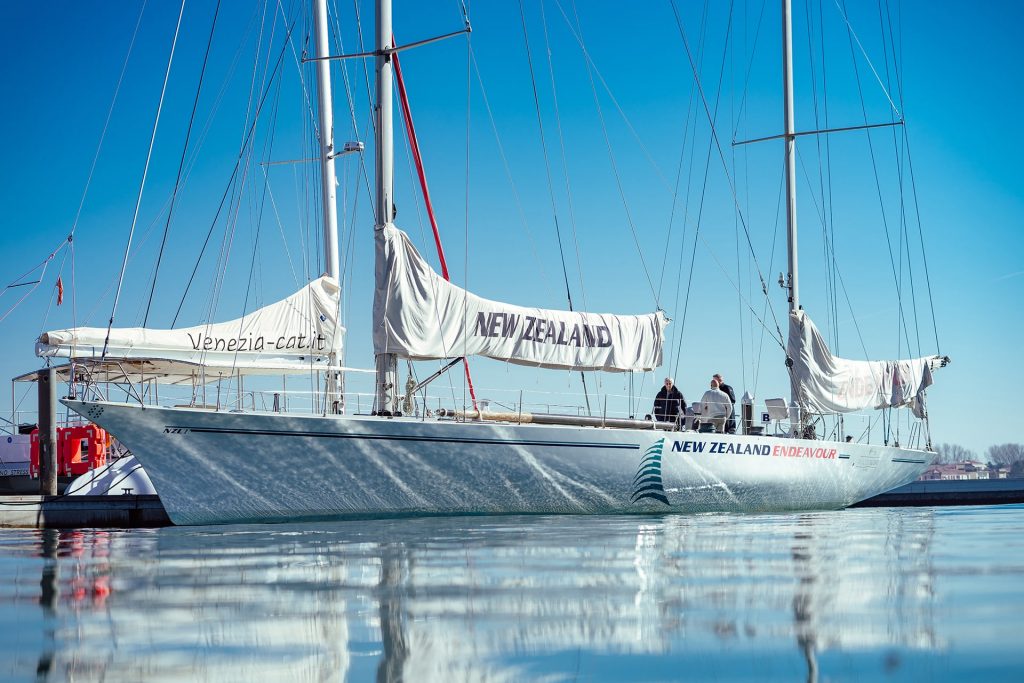